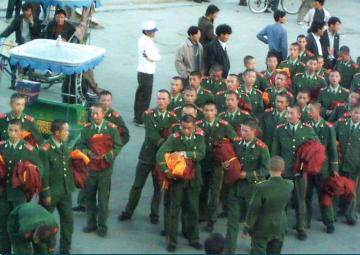 Just in case you wondered why these « Tibetan monks » were so violent in Lhasa….

Canada Free Press[Friday, March 21, 2008 10:20] Brit spies confirm Dalai Lama’s report of staged violence
By Gordon Thomas
London, March 20 – Britain’s GCHQ, the government communications agency that electronically monitors half the world from space, has confirmed the claim by the Dalai Lama that agents of the Chinese People’s Liberation Army, the PLA, posing as monks, triggered the riots that have left hundreds of Tibetans dead or injured.
GCHQ analysts believe the decision was deliberately calculated by the Beijing leadership to provide an excuse to stamp out the simmering unrest in the region, which is already attracting unwelcome world attention in the run-up to the Olympic Games this summer.
For weeks there has been growing resentment in Lhasa, Tibet’s capital, against minor actions taken by the Chinese authorities.
Increasingly, monks have led acts of civil disobedience, demanding the right to perform traditional incense burning rituals. With their demands go cries for the return of the Dalai Lama, the 14th to hold the high spiritual office.
Committed to teaching the tenets of his moral authority—peace and compassion—the Dalai Lama was 14 when the PLA invaded Tibet in 1950 and he was forced to flee to India from where he has run a relentless campaign against the harshness of Chinese rule.
But critics have objected to his attraction to film stars. Newspaper magnate Rupert Murdoch has called him: « A very political monk in Gucci shoes. »
Discovering that his supporters inside Tibet and China would become even more active in the months approaching the Olympic Games this summer, British intelligence officers in Beijing learned the ruling regime would seek an excuse to move and crush the present unrest.
That fear was publicly expressed by the Dalai Lama. GCHQ’s satellites, geo-positioned in space, were tasked to closely monitor the situation.
The doughnut-shaped complex, near Cheltenham racecourse, is set in the pleasant Cotswolds in the west of England. Seven thousand employees include the best electronic experts and analysts in the world. Between them they speak more than 150 languages. At their disposal are 10,000 computers, many of which have been specially built for their work.
The images they downloaded from the satellites provided confirmation the Chinese used agent provocateurs to start riots, which gave the PLA the excuse to move on Lhasa to kill and wound over the past week.
What the Beijing regime had not expected was how the riots would spread, not only across Tibet, but also to Sichuan, Quighai and Gansu provinces, turning a large area of western China into a battle zone.
The Dalai Lama has called it « cultural genocide » and has offered to resign as head of the protests against Chinese rule in order to bring peace. The current unrest began on March 10, marking the anniversary of the 1959 Uprising against Chinese rule.
However, his followers are not listening to his « message of compassion. » Many of them are young, unemployed and dispossessed and reject his philosophy of non-violence, believing the only hope for change is the radical action they are now carrying out.
For Beijing, the urgent need to find a solution to the uprising is one of growing embarrassment. In two weeks time, the national celebrations for the Olympic Games start with the traditional torch relay. The torch bearers are scheduled to pass through Tibet. But the torch could find itself being carried by runners past burning buildings and temples.
A sign of this urgency is that the Chinese prime minister has now said he is prepared to hold talks with the Dalai Lama. Just before this announcement, Britain’s Prime Minister Gordon Brown declared he would meet the Dalai Lama, who is to visit London next month. This is the first time either leader has proposed to meet the Dalai Lama. 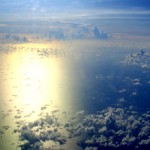 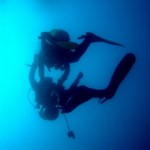